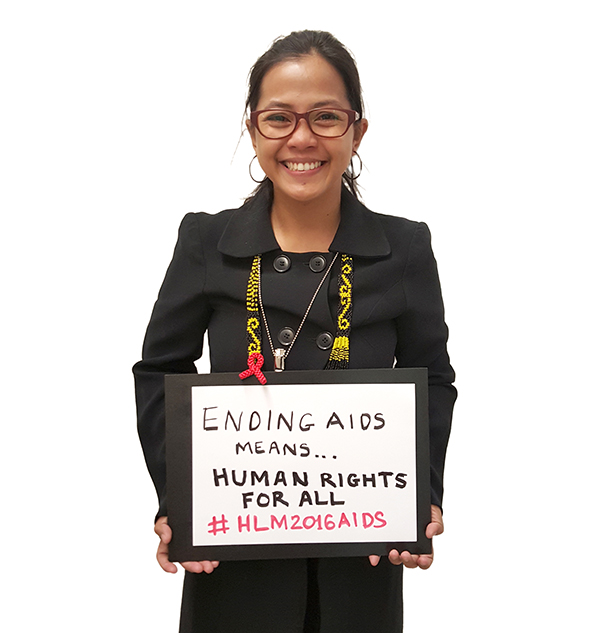 The 2016 High-Level Meeting on Ending AIDS will focus the world’s attention on the importance of a Fast-Track approach to the AIDS response over the next five years. The UNAIDS Fast-Track approach aims to achieve ambitious targets by 2020, including:

It is a unique moment in history. Ensuring the success of the SDGs, including ending the AIDS epidemic, will require global solidarity and partnership, especially in times of diverse and demanding global challenges. Focus must remain strong and commitment to leaving no one behind and building a more sustainable world by 2030 must continue to be unwavering.

It is a unique moment in history. Ensuring the success of the SDGs, including ending the AIDS epidemic, will require global solidarity and partnership, especially in times of diverse and demanding global challenges. Focus must remain strong and commitment to leaving no one behind and building a more sustainable world by 2030 must continue to be unwavering.

ENDING STIGMA AND DISCRIMINATION THROUGH SOCIAL JUSTICE AND INCLUSIVE SOCIETIES

SEE ALL THE STORIES 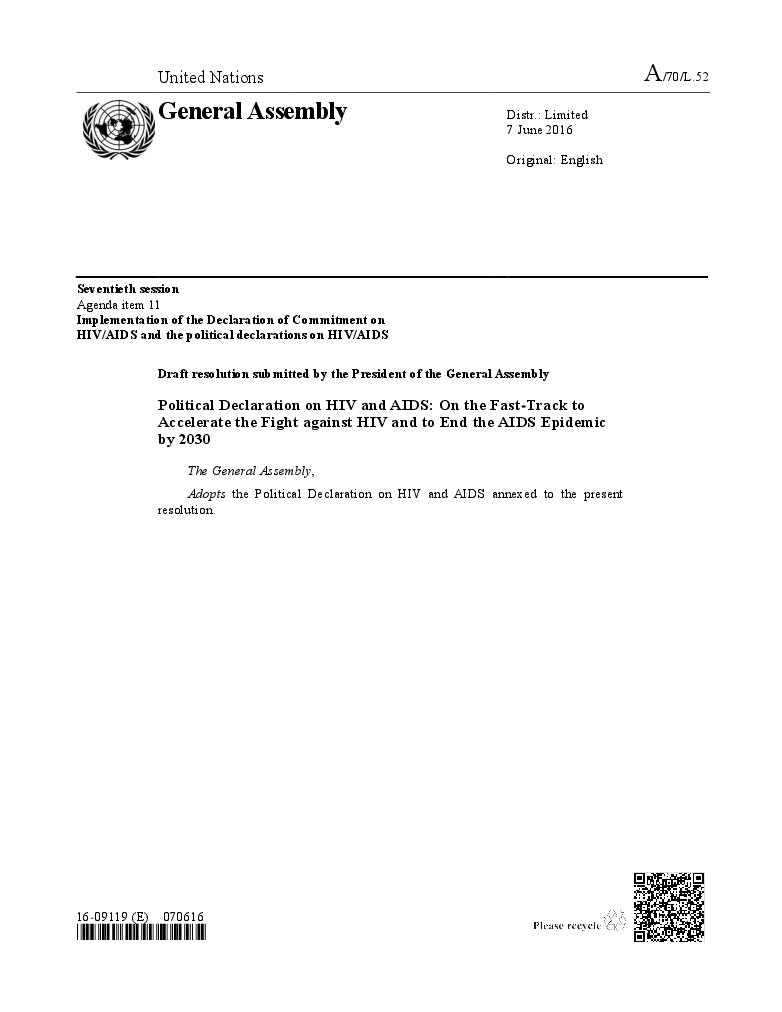 Political Declaration on HIV and AIDS 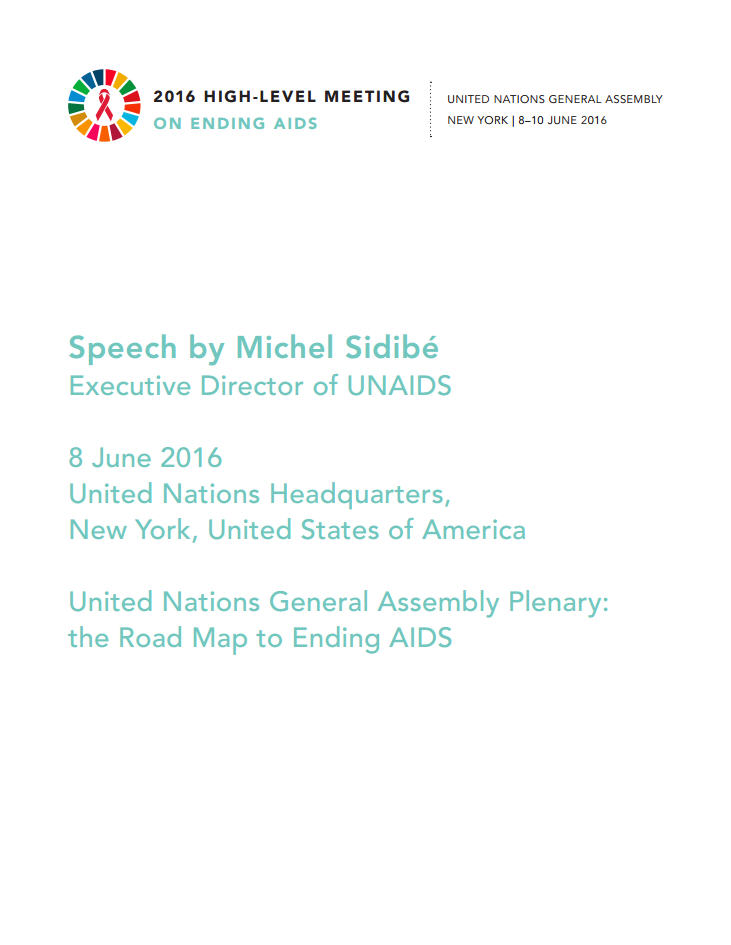 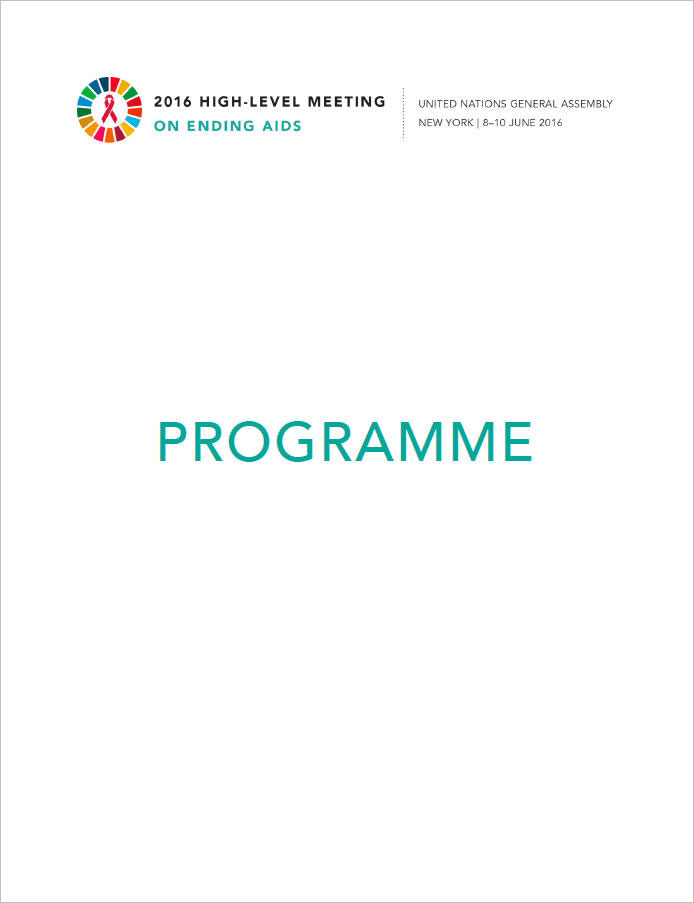 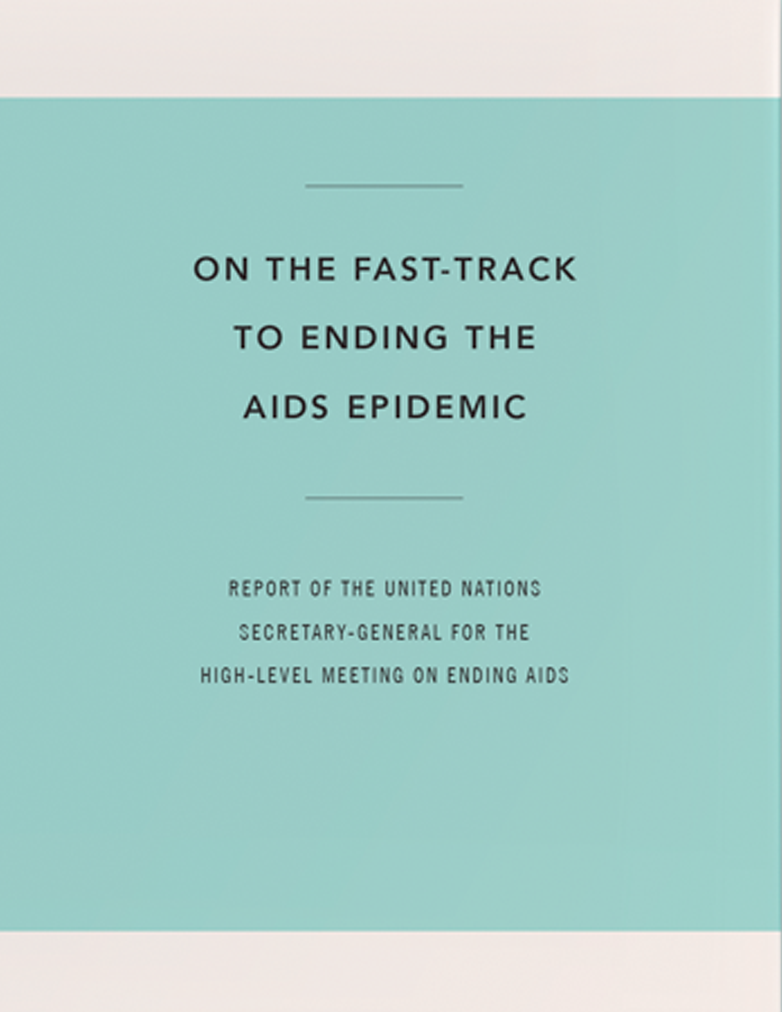 "I call on all United Nations Member States to unite at the High-Level Meeting on Ending AIDS. Together we can Fast-Track the end of the AIDS epidemic by 2030."

Panel 3—Getting ahead of the looming treatment crisis: an action agenda for getting to 90–90–90

Panel 4—Leaving no one behind: ending stigma and discrimination through social justice and inclusive societies

More info
SEE ALL THE EVENTS 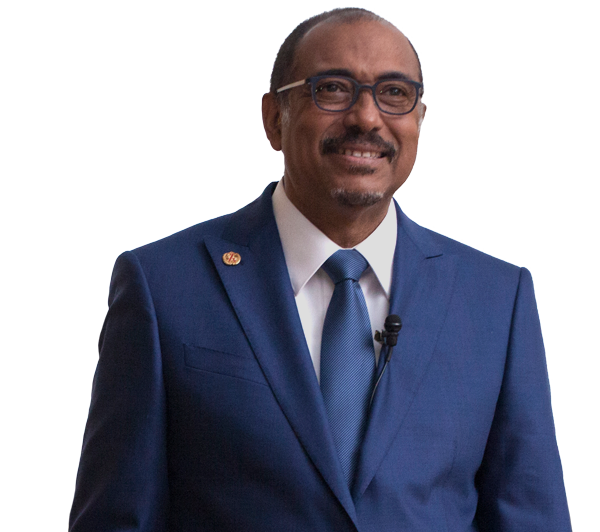 "Now is the time to come together again and finish what we started. Let us seize this opportunity and join the Fast-Track towards ending AIDS as a public health threat by 2030."

Today, 1 March 2016, marks 100 days before the start of the United Nations General Assembly High-Level Meeting on Ending AIDS. There are only three months left to shape the next five-year global commitment to the response to HIV and ensure that we are on track to end AIDS as a public health threat by 2030.

While it is important to reflect on the remaining challenges as well as the successes of the AIDS response over the past three decades, our priority now must be to envision and implement a Fast-Track approach for the future—drawing on the lessons learned, incorporating science and technology, making difficult choices and taking the brave decisions that will leapfrog the world towards an AIDS-free generation.

The world has a narrow five-year of opportunity to put the AIDS response on the Fast-Track, which will accelerate the decline in new HIV infections, reductions in AIDS deaths and the elimination of stigma. If we reach the Fast-Track Targets by 2020 we can prevent the HIV epidemic from rebounding and focus on the ultimate goal of achieving the end of AIDS as a public health threat by 2030.

In September 2015, the Member States of the United Nations adopted the wide-reaching and ambitious Sustainable Development Goals (SDGs). The SDGs set a world agenda to overcome the barriers that prevent the majority of people from realizing their full potential. These complex barriers are interrelated, and include income and gender inequality, poor access to health, water, sanitation, education and legal services, energy and food insecurity and unsafe, overcrowded and polluted living environments. Many of these factors drive the spread of HIV and persistence of AIDS. A robust, inclusive AIDS response must stimulate advances across multiple SDGs.

From 8 to 10 June 2016, the President of the General Assembly will convene the United Nations General Assembly High-Level Meeting on Ending AIDS in New York, United States of America. The meeting provides a rare opportunity to advocate for the political, programmatic and societal change that is needed to reduce the impact of the HIV epidemic. Since the original Declaration of Commitment on HIV/AIDS, “Global Crisis – Global Action”, in 2001, each high-level meeting on AIDS has strengthened the commitment of Member States to inclusivity, non-discrimination, equity and ever more ambitious targets for the AIDS response.

UNAIDS is committed to working with partners to advocate for a Political Declaration that will set bold new targets for HIV treatment, prevention, human rights and investment. We have to get it right. The choices made at the high-level meeting and the commitments made in the Political Declaration could set the world on a path to end AIDS or prolong the epidemic indefinitely. The world cannot afford to slide backwards on existing commitments and allow HIV to rebound. The result would be an unmanageable burden of illness and millions of avoidable deaths, mostly among marginalized populations.

It’s fitting that the 100-day countdown starts on Zero Discrimination Day. Stigma and discrimination continue to be barriers to access. Key populations—sex workers, people who inject drugs, men who have sex with men, prisoners and adolescent girls and young women—are too often left behind in the AIDS response and deserve equitable access to the quality HIV services they need, delivered in the locations in which they work and live.

At the end of the last millennium, AIDS reversed many hard-won gains in global health outcomes. However, at the turn of the millennium, the AIDS movement, led by people living with and affected by HIV, inspired the world with a model for a people-centred, rights-based approach to global health and social transformation. This ground-breaking approach led us to reach the 2015 goal of 15 million people accessing life-changing HIV treatment ahead of schedule.

The world urgently needs to increase HIV investments now or risk reversing the major successes achieved in the first 15 years of the millennium. In 2015, an estimated US$ 21.7 billion was invested in the AIDS response in low- and middle-income countries. Investments need to increase, year on year from 2015, up to a peak of 40% higher in 2020, to reach the Fast-Track Targets. Adopting the Fast-Track focus on location and population and reallocating resources to where they are most needed will ensure that people most affected by HIV are reached with HIV prevention and treatment services. Achieving all the Fast-Track Targets on time would cause estimated total resource needs to begin to fall by 2021. Without these front-loaded investments the world risks prolonging the epidemic indefinitely.

Although adopted by United Nations Member States, the SDGs belong to everyone and everyone can play a key role in achieving them. We need to harness the shared responsibility and global solidarity mobilized around AIDS to ensure that the 2016 Political Declaration is strong, progressive and innovative.

We need to mobilize a groundswell of activism from all walks of society in the 100 days leading up to the high-level meeting. Affected communities, scientists, health-care workers, social workers, businesses and politicians can advocate for change, investment and commitment to an equitable, rights-based approach to HIV over the coming five years. There will be a Civil Society Hearing in New York in April at which registered civil society organizations can raise issues, express their needs and call for particular language to be included in the 2016 Political Declaration.

The countdown to 2020 has begun. We need to work in new ways. The 2030 Agenda for Sustainable Development commits the global community to leaving no one behind and to open space to scale up what we know works for AIDS. The world came together in the new millennium and dared to commit to halting and reversing the AIDS epidemic; together, we achieved that. Now is the time to come together again and finish what we started. Let us seize this opportunity and join the Fast-Track towards ending AIDS as a public health threat by 2030.

Ending AIDS means... One hundred reasons why ending the AIDS epidemic is important. Join the countdown to #HLM2016AIDS.